The Market for Almonds

Anticipating a rapidly expanding market with the growing popularity of almond milk and other derivative products, California growers planted millions of almond trees around 2015-2016. Those trees have now matured and are producing, resulting in record crops in a time when exports to China have been severely reduced. The glut on the supply has resulted in lower overall prices on the world and domestic markets. Latest 2018 numbers showed India to be the top almond importer, followed by Vietnam, then China, Hong Kong SAR.

In addition to almonds being converted into almond milk, they are also smoked, coated in chocolate, spiced in a variety of ways, and used in countless confections worldwide. The hulls can be used in livestock feed, the shells crushed for animal bedding and other uses.

Starting a new almond orchard is capital intensive, as the trees will not produce for 5-6 years. As a result new trees are most often planted by experienced growers to extend orchards or replace older trees.

Because almonds are harvested by sweeping then scooping them off the ground, harvest generates a great deal of dust, estimated at about 11,200 tons in 2004, when state air pollution officials mandated that growers needed to do more to control dust/reduce air pollution.

Around 2000, growers irrigated by flooding, which led to considerable criticism as droughts reduced the state’s water supply. Almond growers have reduced water consumption by 30% over the past 20 years, mainly by converting to drip or micro-irrigation. These methods make it harder to push moisture down past the effective root zone, which is necessary to leech salts away from the roots. Higher salinity past a certain threshold results in progressively smaller harvests. Even so, the Almond Board of California’s 2025 Goals Roadmap, released in December 2019, called for another 20% reduction in water consumption. As growers have already converted to efficient irrigation systems, options are fewer. One possibility involves better control over soil moisture, as identified in the ABC’s Almond Irrigation Improvement Continuum Level 3.

It is well-known that premium wine grapes can suppress total yield but improve flavor of the wine to where it brings a price in the bottle that easily makes up for the loss of yield. Studies have shown  that RDI techniques can raise the levels of desirable sugars as well as other chemicals associated with “the almond taste” in almonds with a similar return. Carefully managed, less water appropriately applied can increase profits.

The AquaSpy intelligent connected crop monitoring platform manages inputs and optimizes yields by listening to almond trees and interpreting their needs for water and nutrients throughout their growing stages. Proven, reliable, accurate, affordable and easy to deploy and use, AquaSpy can help any grower better manage water, fertilizer and labor hours, increasing efficiency and profitability in almond orchards. 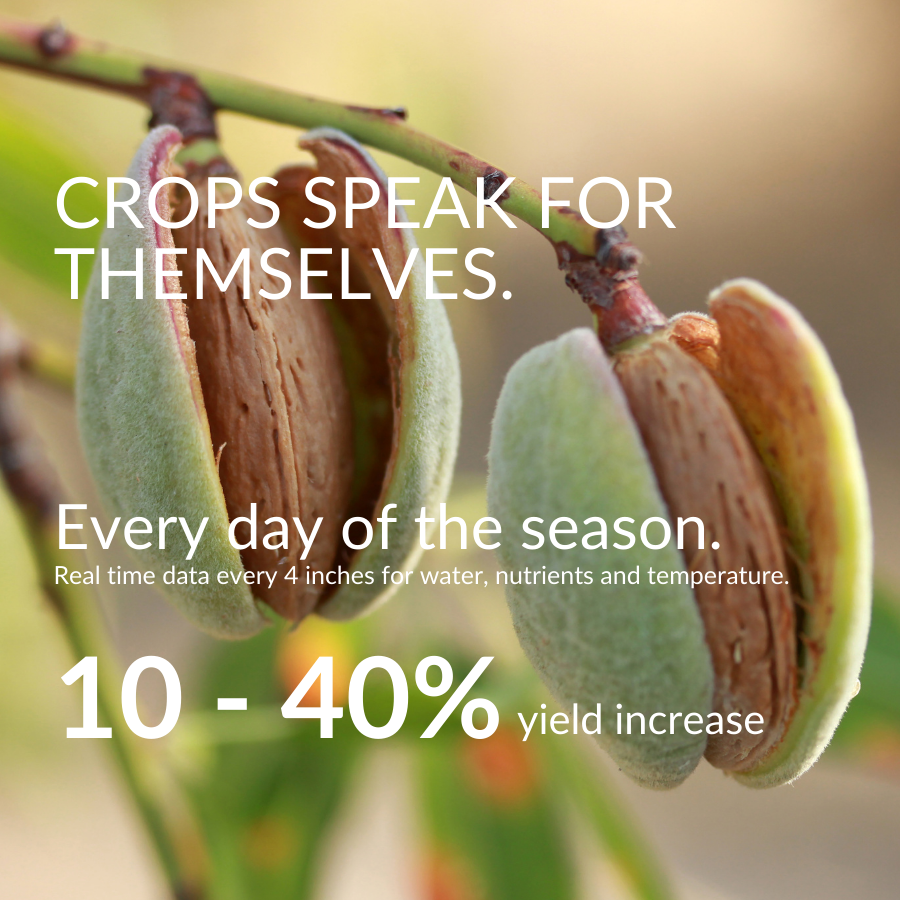