The market for sugar beets

Unlike corn or other row crops, sugar beets are generally not sold in raw form. They are processed in cooperatives owned by farmers and marketed as finished sugar. The USDA World Agricultural Supply and Demand Estimates (WASDE) report for November 2020 showed the National Agricultural Statistics Service (NASS) estimate for 2020/2021 at 33.958 million tons at a national yield of 29.6 tons/acre. Production of beet sugar for 2020/2021 was estimated at 4.899 million tons. United States produces about 90% of the sugar it consumes and imports the rest. Imports are controlled under a trade rate quote (TRQ), set by the USDA in the USDA Fiscal Year 2020 Sugar Program Announcement. There is no futures market for U.S. refined sugar, but a price range for wholesale Midwest refined beet sugar, free on board (FOB) factory, is quoted each week in Milling and Baking News.

Sugar beets do not develop a thick enough canopy to compete well with weeds. The majority of seeds planted in the US are glysophate-resistant (Roundup&reg-ready) hybrids. Studies have shown that previous crops which contribute a lot of crop residue to the soil, such as wheat or sorghum, will result in higher levels of disease in the subsequent sugar beet crop compared to beets grown following crops such as alfalfa or sunflowers. Sugar beets are biennial plants, which mean that the complete growth cycle takes two years. Seed production in mature plants happens in the second year. Commercial farmers grow sugar beets as Summer annuals, so they are not able to produce their own seeds. Virtually all sugar beets seeds supplied to U.S. growers are produced in the Willamette Valley, Oregon, where it is cool enough for seed production, but not freezing, which would damage the plants. Reliance on one growing region for seed introduces some risk into the domestic supply chain for refined sugar.

The AquaSpy intelligent connected crop monitoring platform manages inputs and optimizes yields by listening to sugar beet plants and interpreting their needs for water and nutrients throughout their growing stages. Proven, reliable, accurate, affordable and easy to deploy and use, AquaSpy can help any grower better manage water, fertilizer and labor hours, increasing efficiency and profitability in your sugar beet fields. 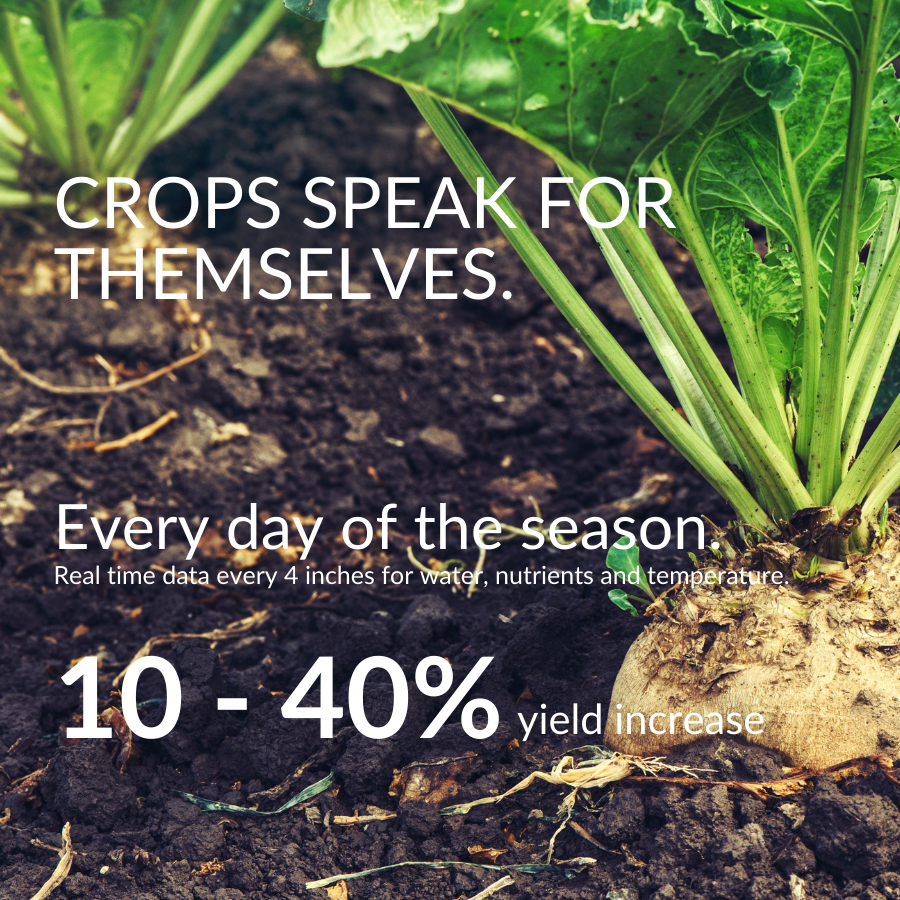