How to grow soybeans

The market for soybeans

Soybeans are processed into oil and solids (soymeal or “cake”). Soymeal solids are relatively high in protein, and are a sought-after livestock food. Soybean oil is the second most popular cooking oil worldwide behind palm oil. Over 44% of the worldwide soybean harvest is traded, with four countries (US, Brazil, Argentina and India) responsible for the bulk of the exports, and China the far and away leading importer, importing as much as 80% of the available supply. Europe is the second largest importer, importing mainly solids for use as livestock feed.

About 40% of China’s imports have traditionally come from the US, however, in 2018 China imposed a 25% tariff on US goods including soybeans. The US surplus was sold to other countries, while China turned to Brazil for its needs. This may have exacerbated deforestation issues in Brazil.

Overwatering soybeans can lead to tall leafy plant susceptible to disease and lodging, where the plant stem bends at the soil level. Straight corn-soybean rotation can lead to deterioration of nutrients, as microbes in the soil used to soybeans eat older nutrients when corn is planted. Soybeans do not grow quickly after emergence, and can be out-competed by herbicide-resistant waterhemp and other weeds. Waterhemp infestation can cause crop yield losses of over 40%. Soybeans can mature rapidly as the fall days get shorter, so the timing between final watering and harvest is critical.

The AquaSpy intelligent connected crop monitoring platform manages inputs and optimizes yields by listening to soy bean plants and interpreting their needs for water and nutrients throughout their growing stages. Proven, reliable, accurate, affordable and easy to deploy and use, AquaSpy can help any grower better manage water, fertilizer and labor hours, increasing efficiency and profitability in your soybean fields. 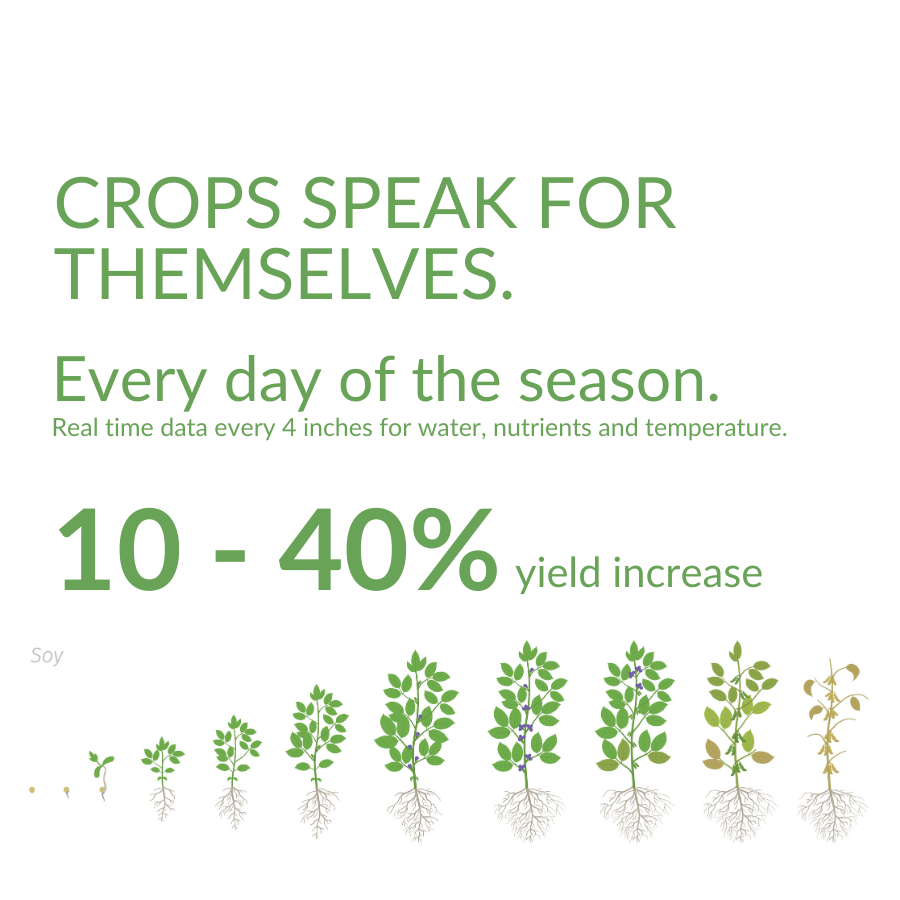